A classic nightmare for some people would be getting caught sleepwalking outside in a public place and in a near naked state. At a gallery opening in Chelsea a couple of weeks ago, I came across a surreal manifestation of this notion with a very realistic cast bronze sculpture called " sleepwalker", by Tony Matelli, (Marlborough Gallery). In this case the public (as always) was armed with cameras and an impromptu interaction was soon taking place. I wonder what this sleepwalker would think if he were to awaken in our photo-op world. 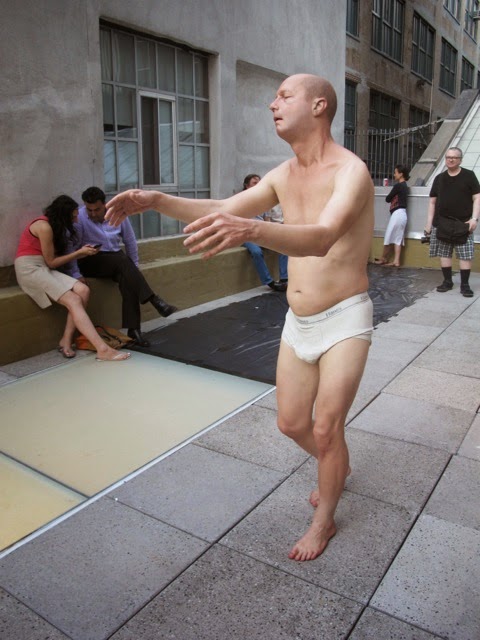 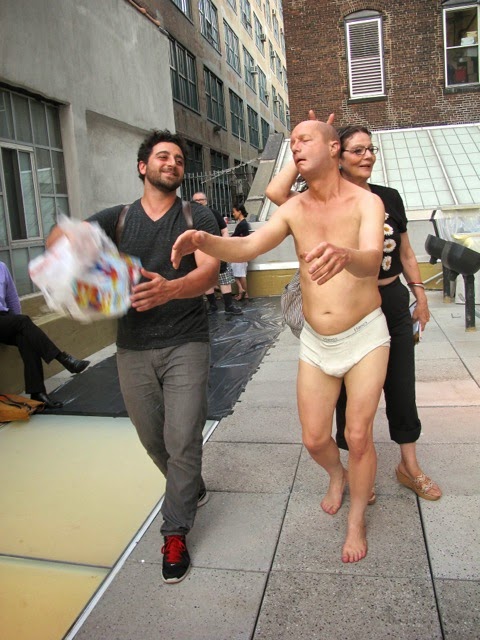 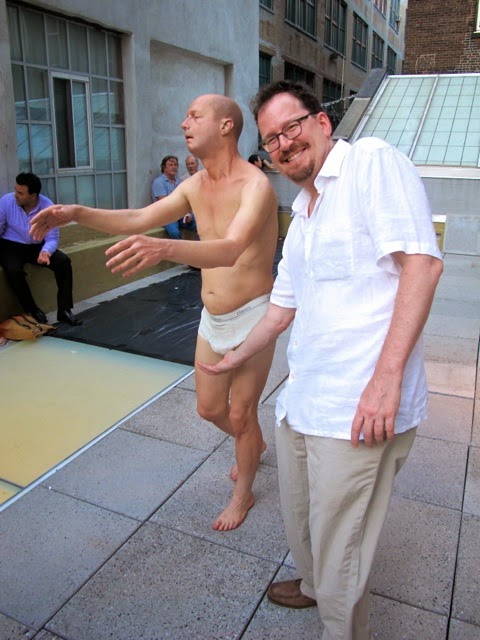 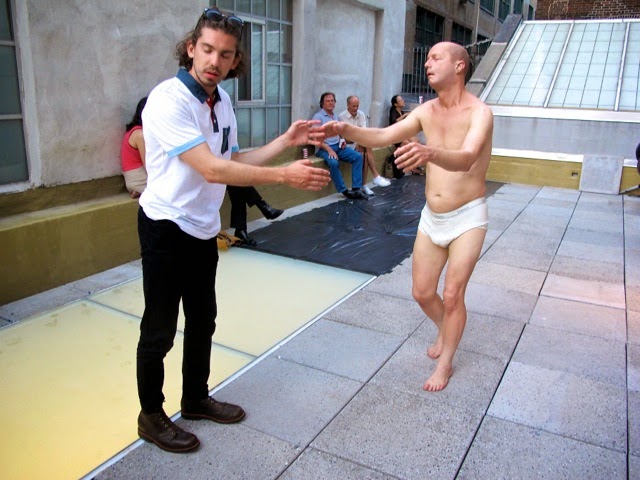 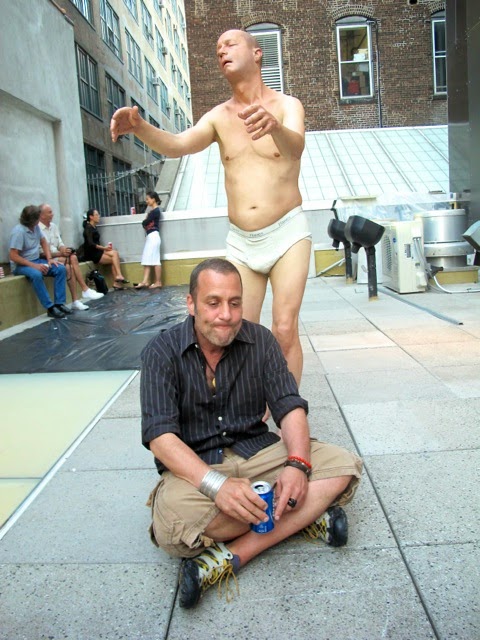 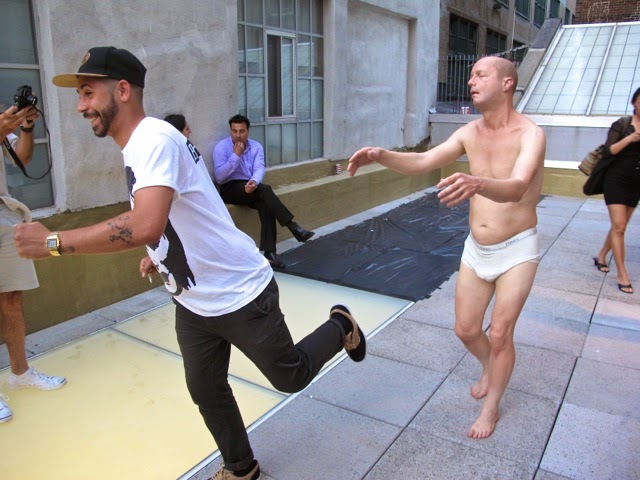 A little odd-abilia for your viewing pleasure… 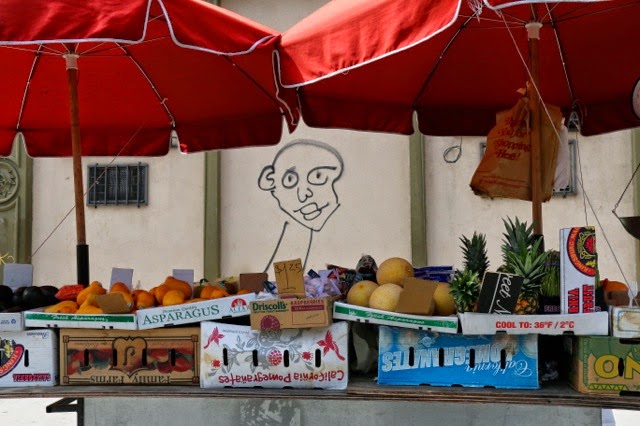 The fruit vendor on LaGuardia said this was a stand-in
portrait of himself... 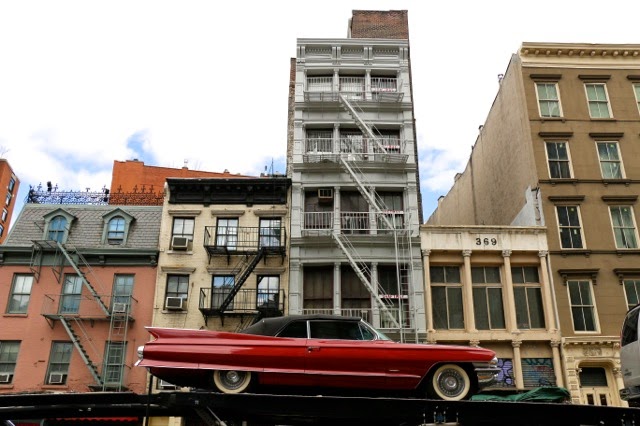 a Caddy cruises down Canal St (on a flatbed) 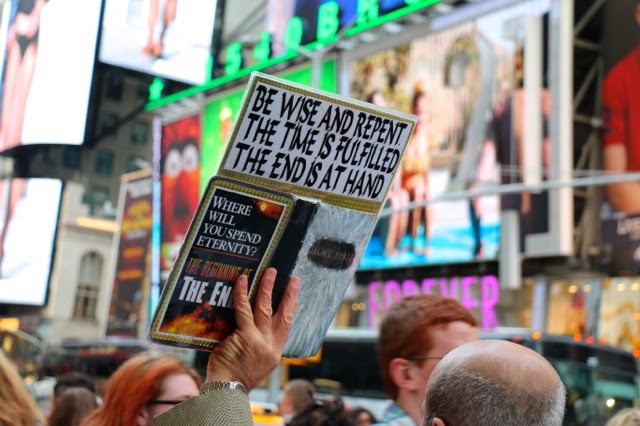 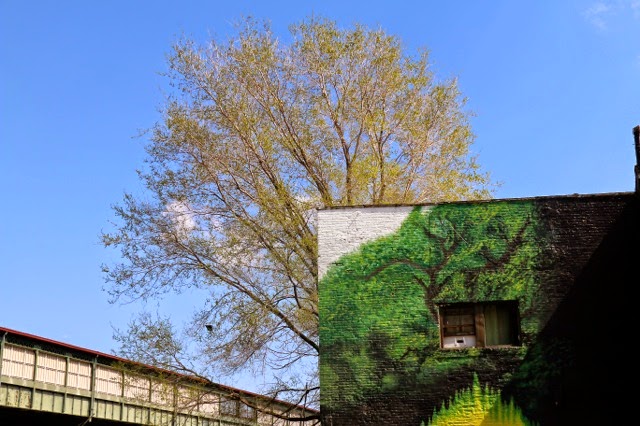 Spring busts out in Brooklyn… 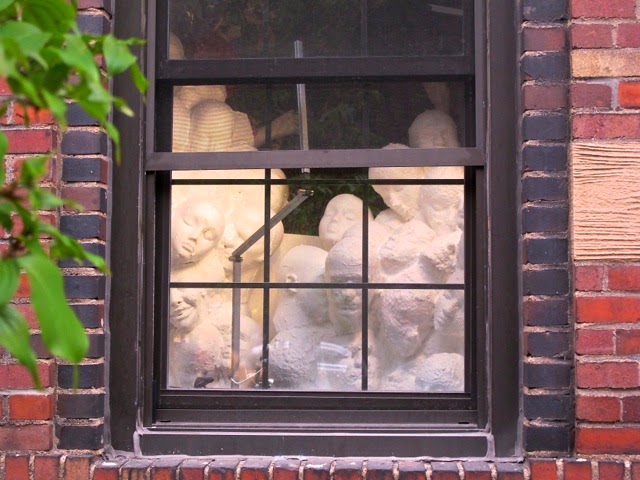 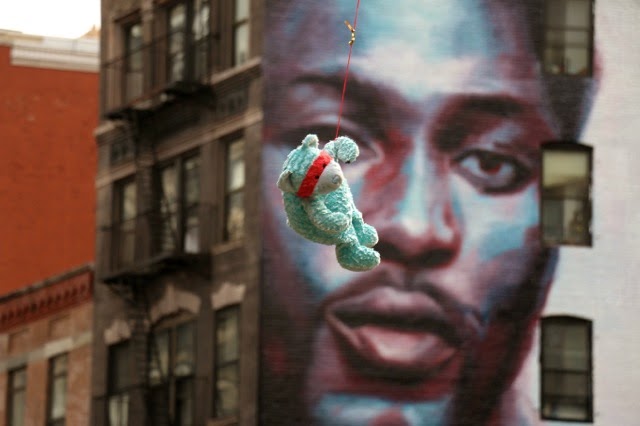 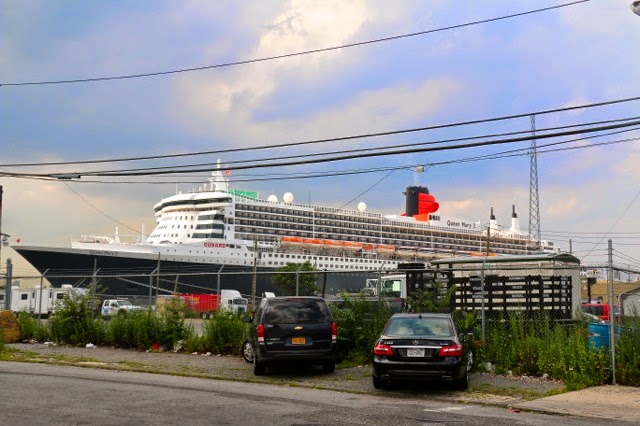 the Queen Mary runs aground on a back street in Red Hook,
(or so it seemed)... Twist and shout at the auto auction house…
I can watch these for hours. 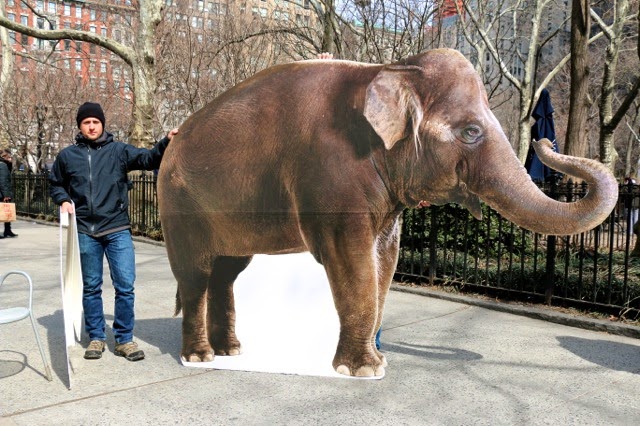 A small group was taking pictures of elephants in Madison Square Park.
They said it was for a going away party for their boss and the theme was,
"thanks for the memories, don't forget us". 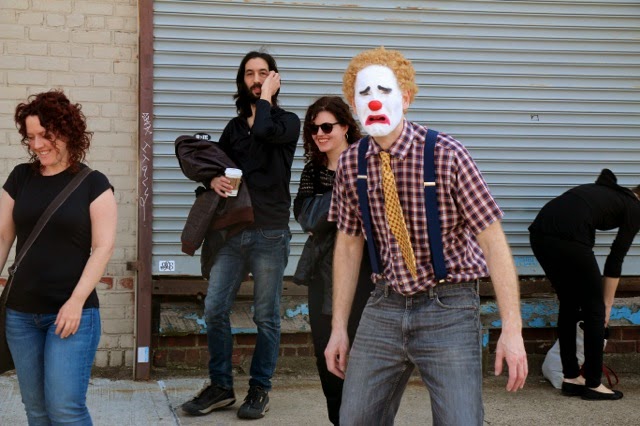 These people were shooting some scenes for an independent
film under the Pulaski Bridge in Brooklyn. The theme had to do
with clown phobia and they asked if I might do an ad hoc scene
of being chased on my bike by the clown. Why not? 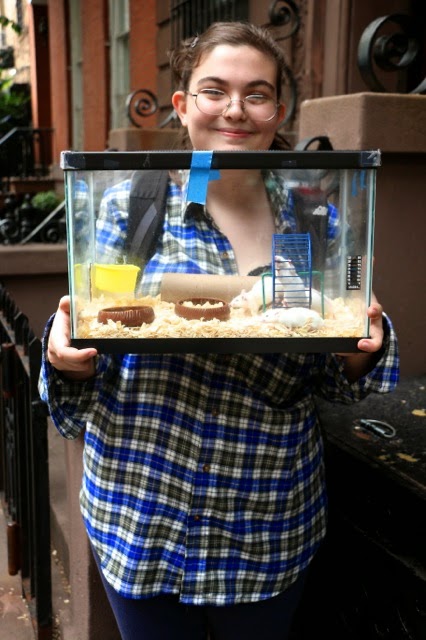 These lucky mice got a vacation week B and B with this high
school student in Chelsea. 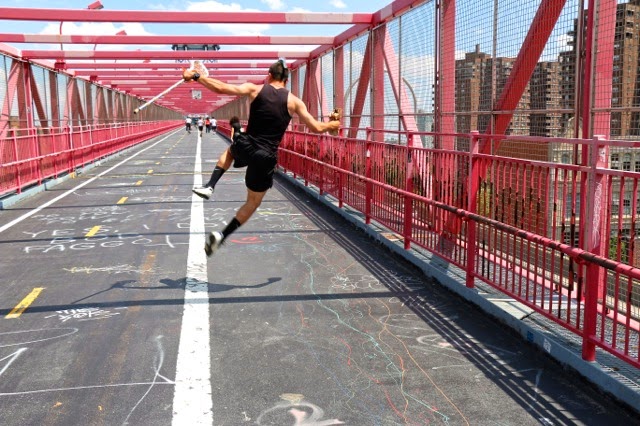 On rare occasions I will miss a photo and ask the subject if they would
mind being spontaneous all over again.  When I asked this young man
and his friends what the excitement was about, they said he was in the
army and was shipping out to Korea the next morning. They were head-
ing to Williamsburg to meet friends and hang together. 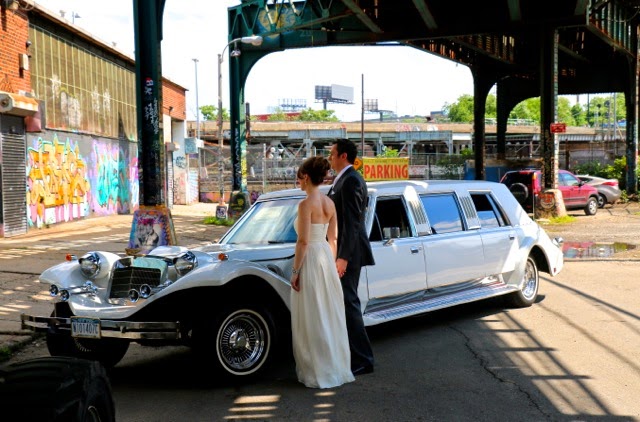 This couple posed for wedding pix under the subway tracks on a dead end street next
to the former 5 Pointz building in Long Island City, Queens. 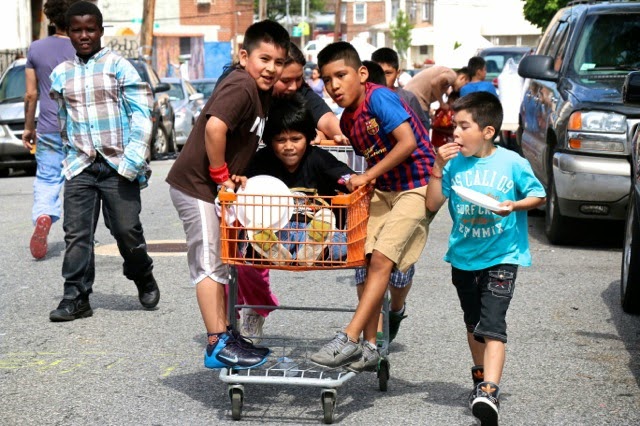 City kids, have always invented their own amusements and these kids were having way too
much fun taking turns as passengers and runners on a side street incline in Welling Court, Queens. 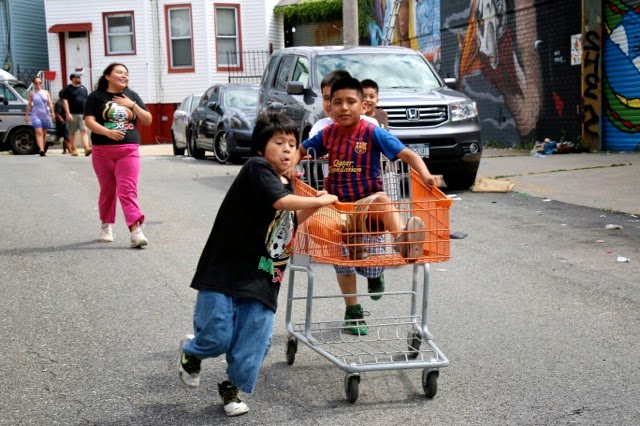