"THEATER OF THE STREET"

background continue to amuse and amaze.

A special note of respect and admiration for Bill Cunningham, RIP. 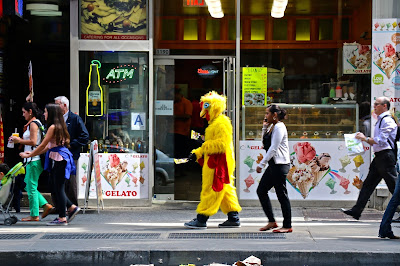 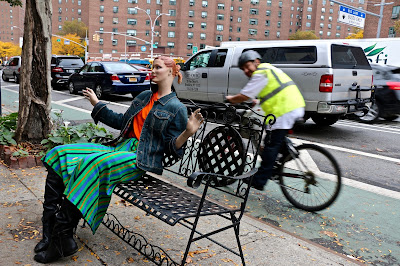 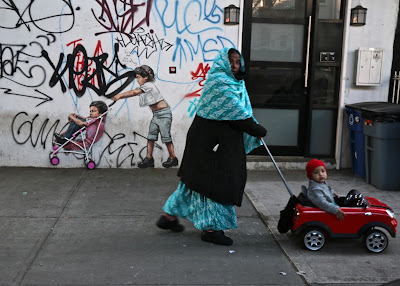 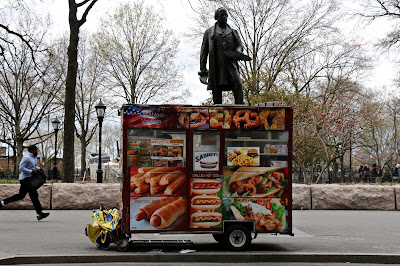 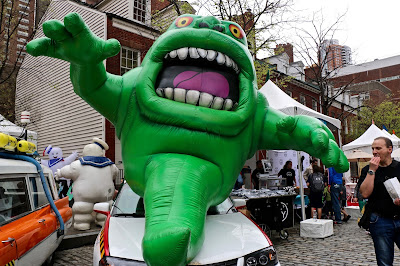 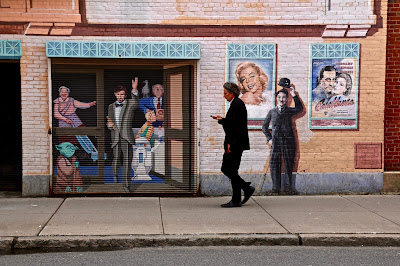 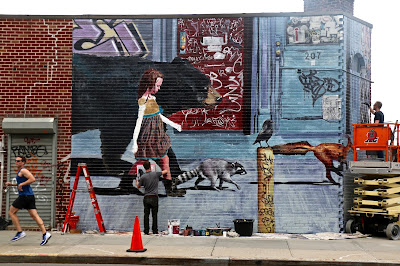 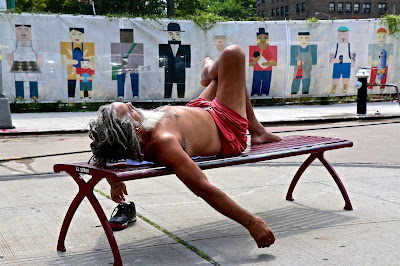 Iceland had been on our travel destination wish list for some time and
after a week long journey exploring this island nation that is defined by
its dramatic landscape of geysers, glaciers, hot springs, volcanos and
waterfalls, we understand its current popularity. 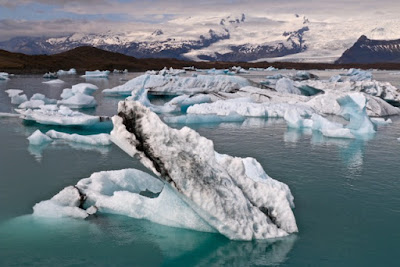 One of the biggest attractions on the east coast was a dazzling array
of icebergs caught in a tidal lake. They are slowly melting and the
sounds of creaking bergs, crackling ice, and the occasional large
splash of a bigger than usual piece breaking off, remain as a most
beautiful and haunting memory. 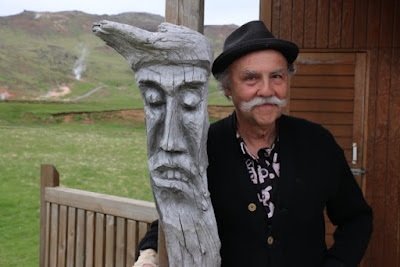 In a landscape of many mysteries, there is a deep appreciation for
ghosts, elves, and trolls, (like the one on the left). 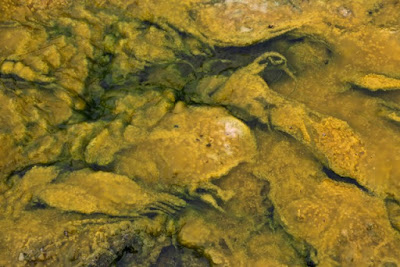 This image from a small stream in a geo-thermal valley is indicative
of the colors and textures that changed daily as we moved into different
topographical regions. 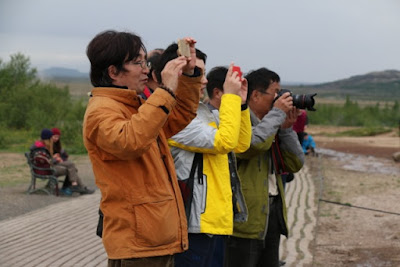 The town of Geysir, or the place that gave us the word “geyser”,
and a phalanx of tourists awaiting the next one, (every 4-5 minutes). 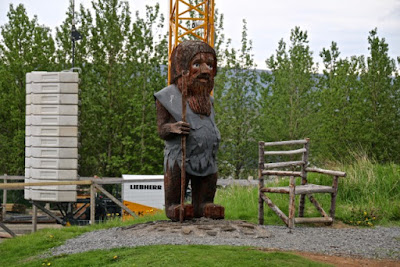 Also in Geysir, a troll awaits tourists brave enough to take selfies
in his chair. 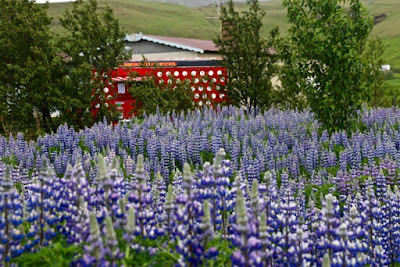 Fields of Lupine were in full blast everywhere and I couldn’t resist
the background hot dog wagon. 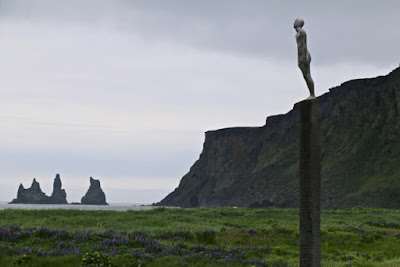 A sculpture melds with the landscape in the coastal town of Vik. 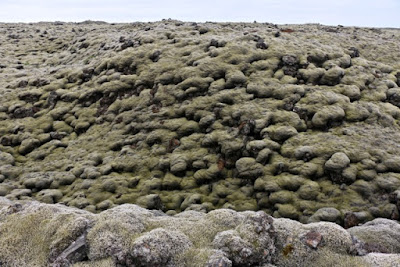 Some of the local landscape along the southern coast consisted
of thousands of acres of ancient lava covered in dense moss.
It reminded me of sheep, also an abundant presence. 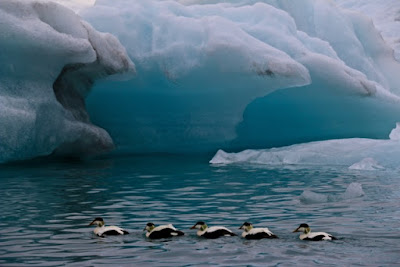 Ducks in a row in a glacial lagoon. 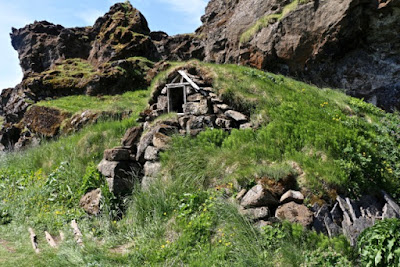 Remnants of early homes and shelters are found along many
coastal highways. 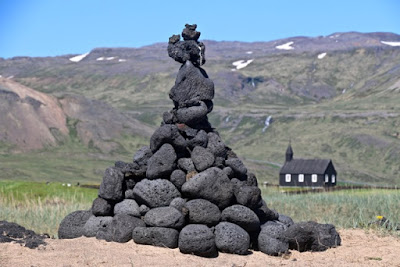 Briquettes of the gods… 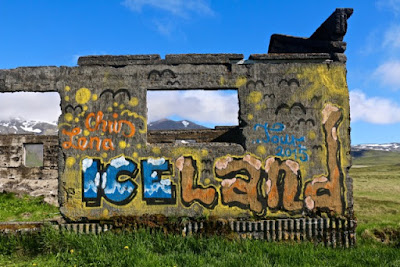 An abandoned farmhouse on a west coast peninsula.

Whether it's the mating dances of tropical birds, unconscionably cute inter-           species cavorting, or skateboarding pugs, I’ve noticed for some while
that the FB and Instagram streams are full of references to the animal kingdom. We love our fellow travelers and even in a dense pack urban environment we celebrate their presence on the planet. 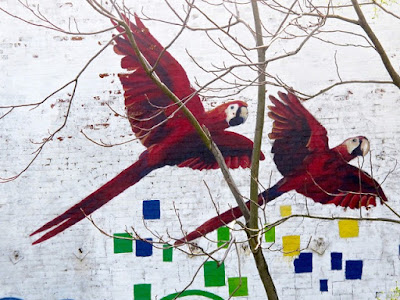 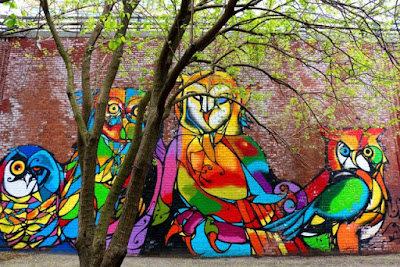 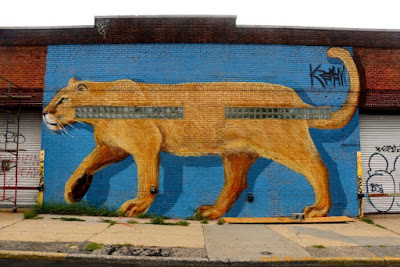 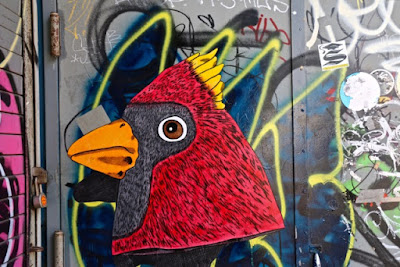 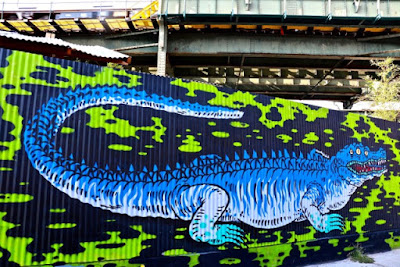 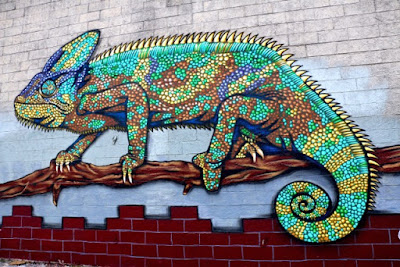 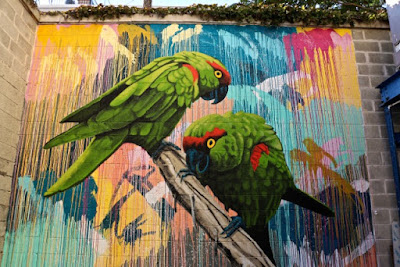 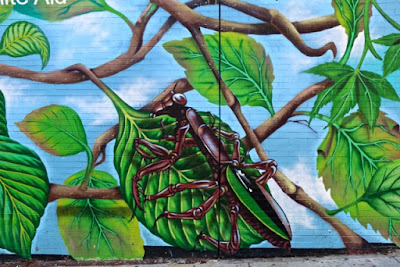 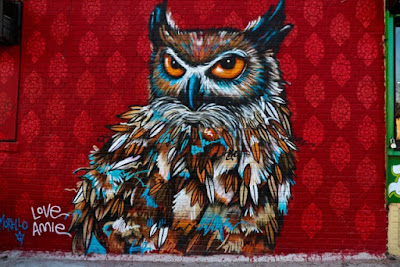 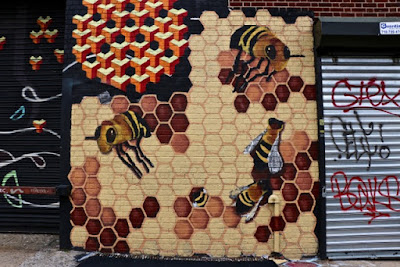