As a longstanding graphics lover, I've always had an appreciation for the visual vibrancy of poster art in NYC.  Place, and replace, the constant struggle for visibility goes on, and, even though I have little recall of specific products, I am always taken with the images. Here's a quick dozen favorites from this past year. 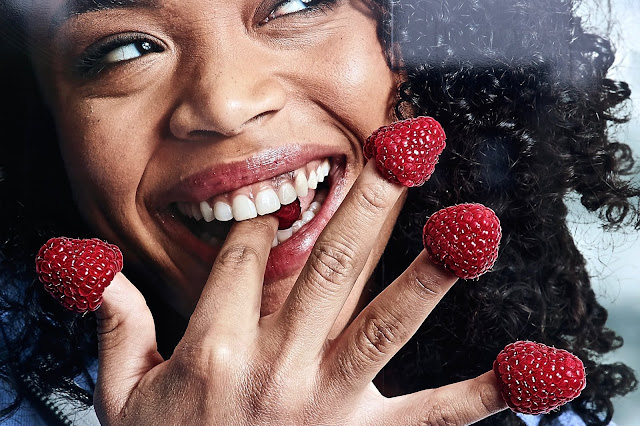 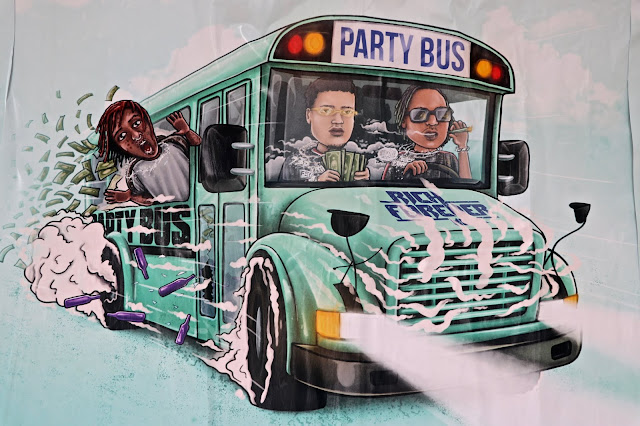 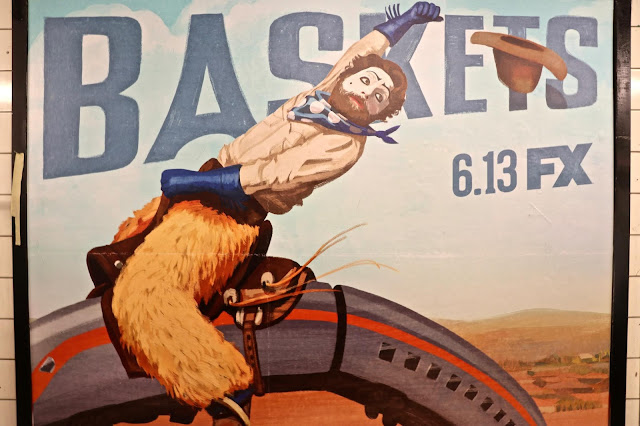 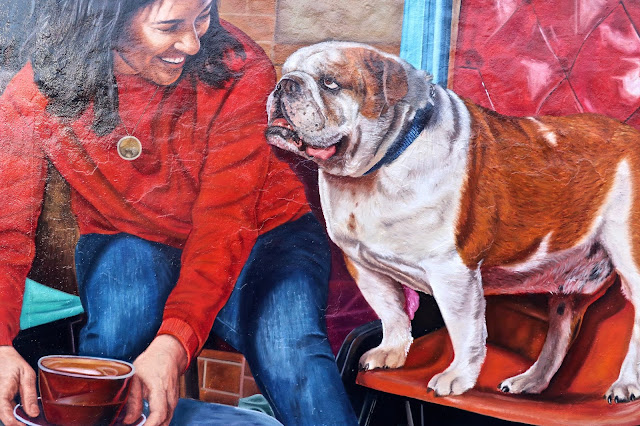 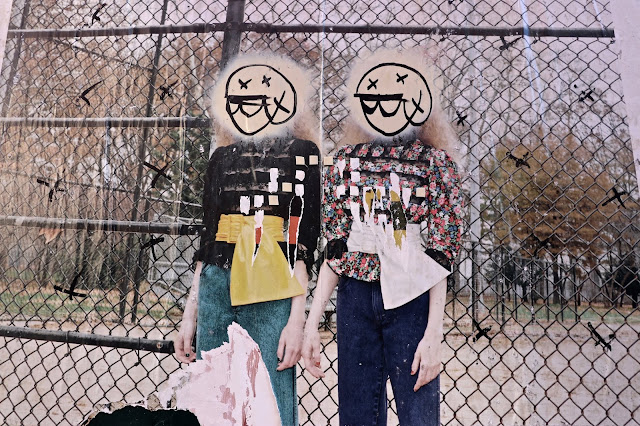 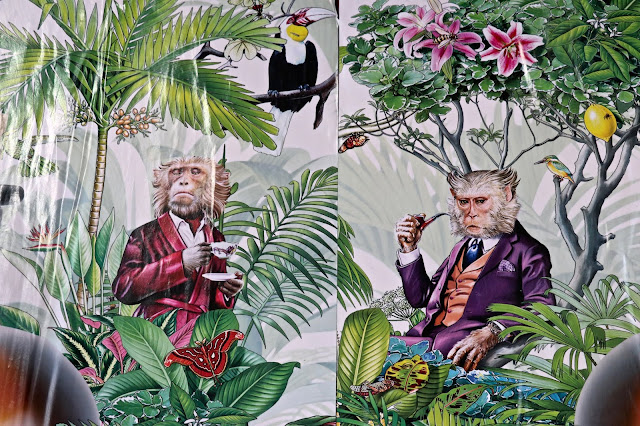 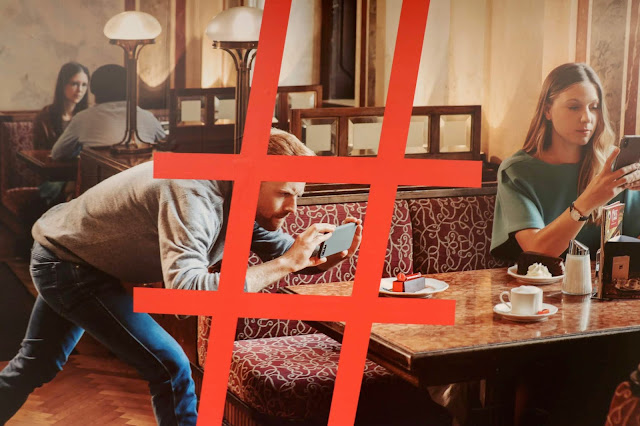 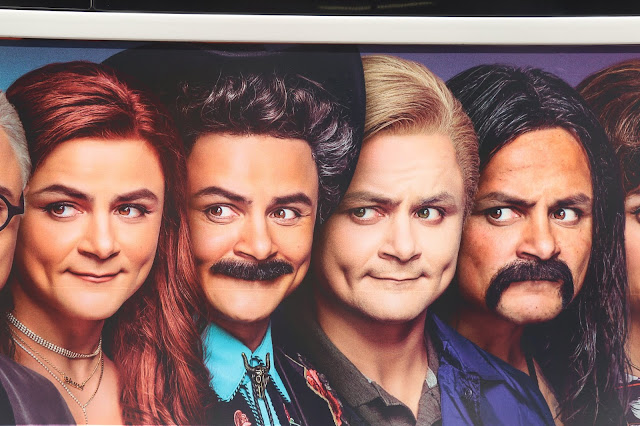 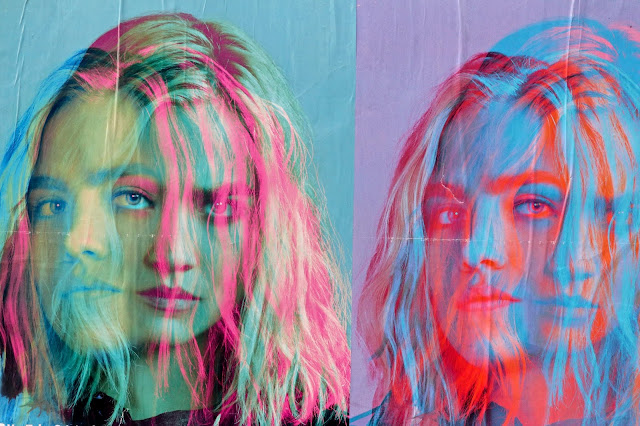 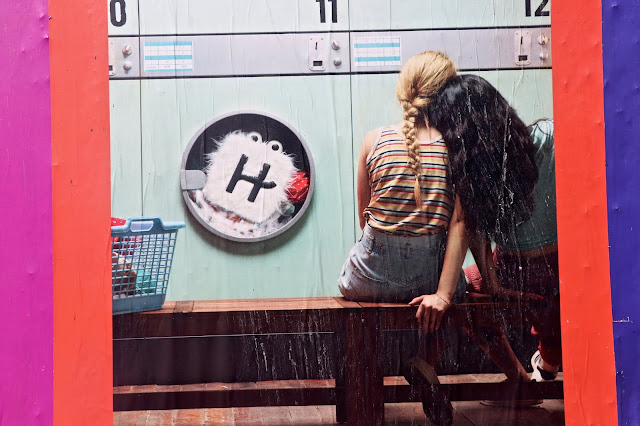 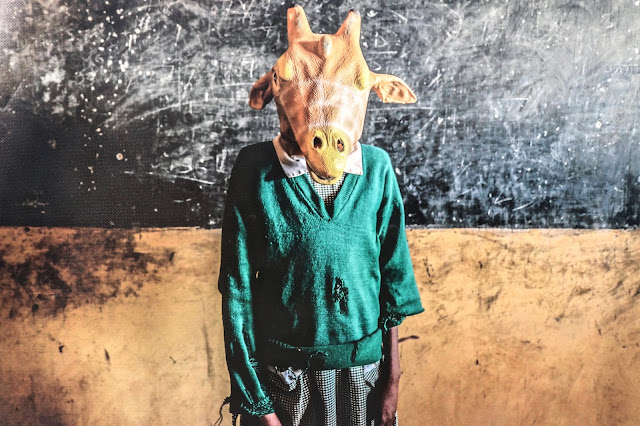 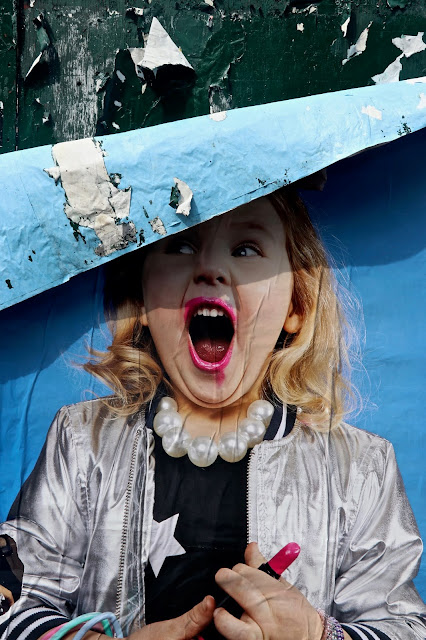 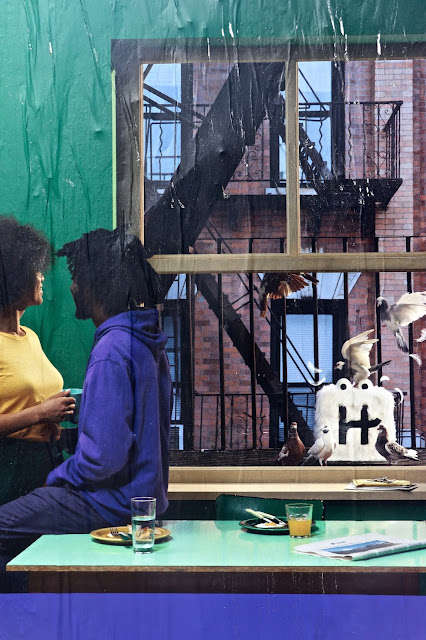 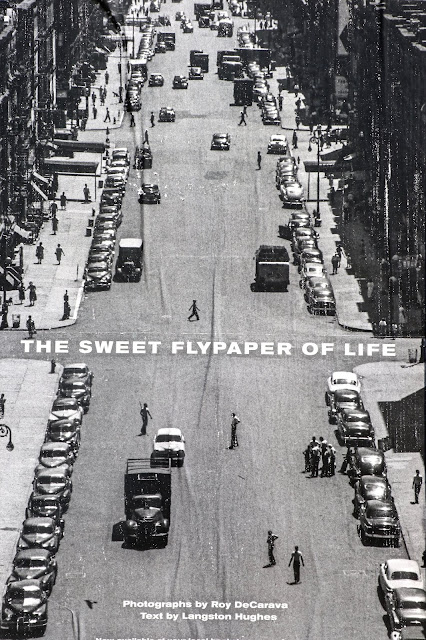 Here's a small handful from the large cast of characters who              perform daily in this town. 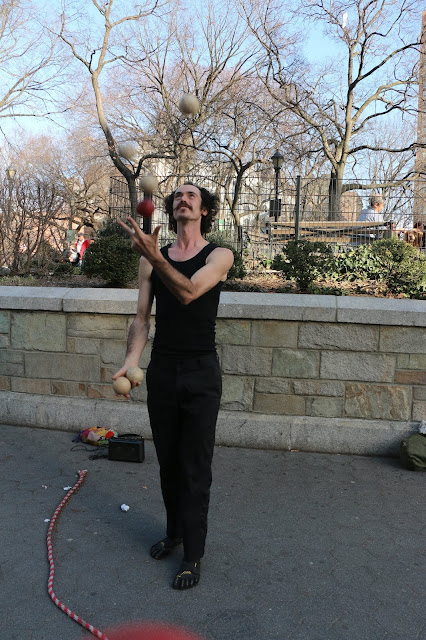 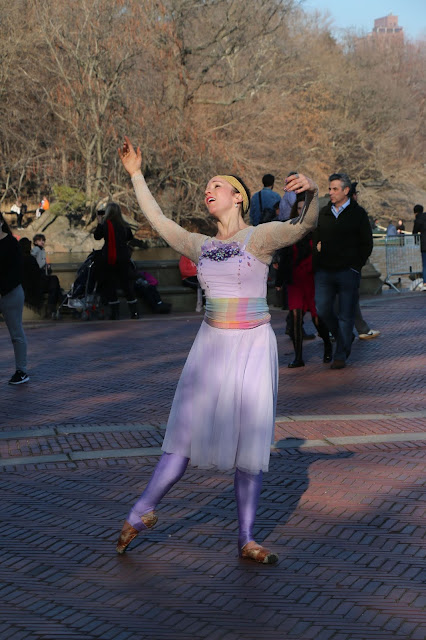 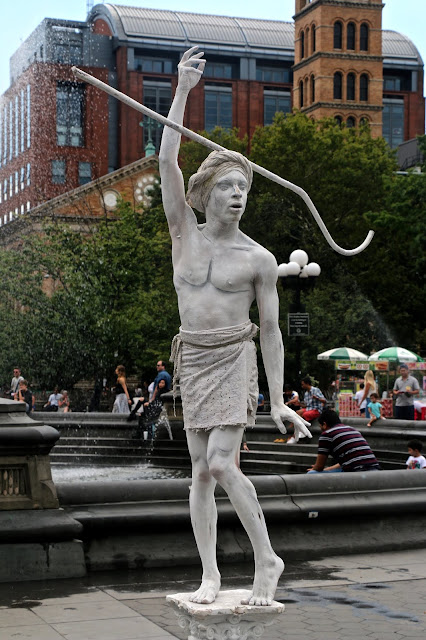 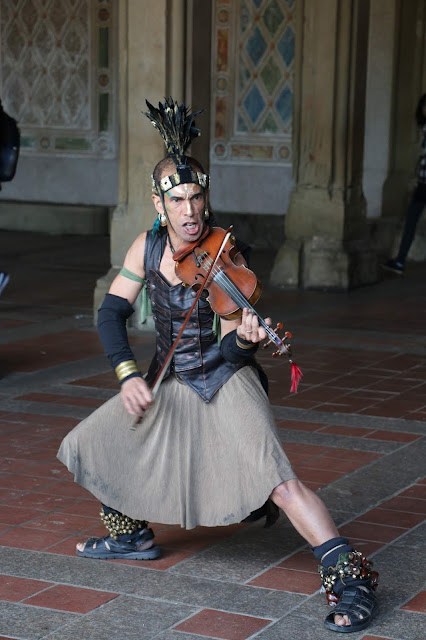 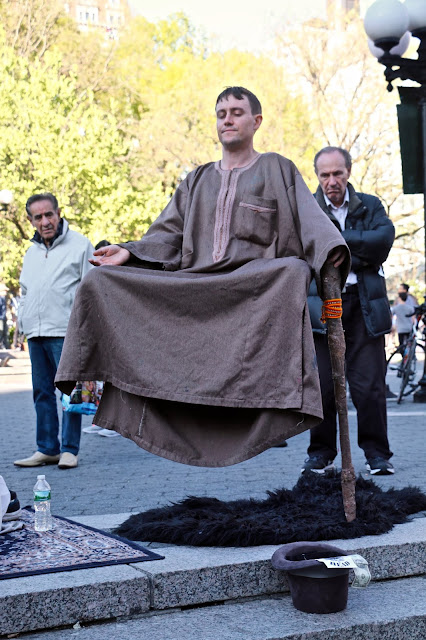 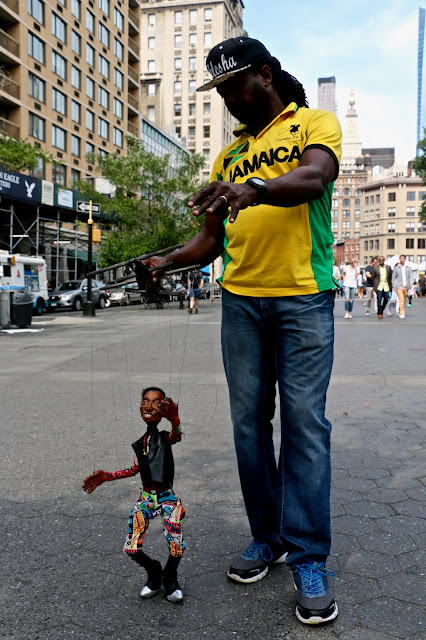 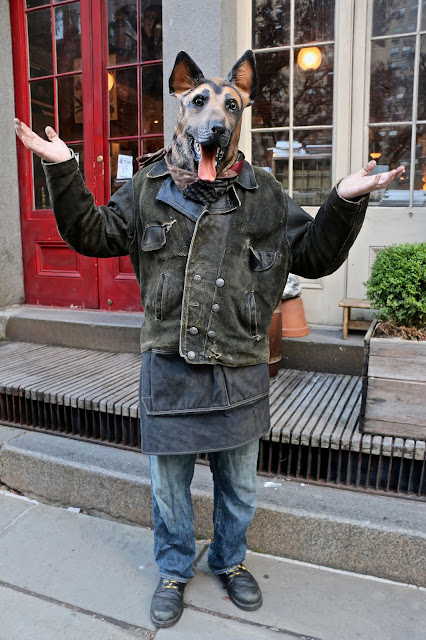 DRAMA ON THE SET

As we all know, NYC is a sea of churning dramas, and. as an occasional witness, I thought I would start the new year with an homage to "drama on the set". 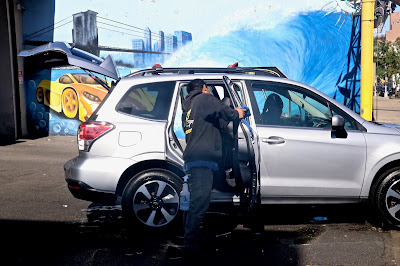 A tidal wave sweeps in on a car wash in Brooklyn 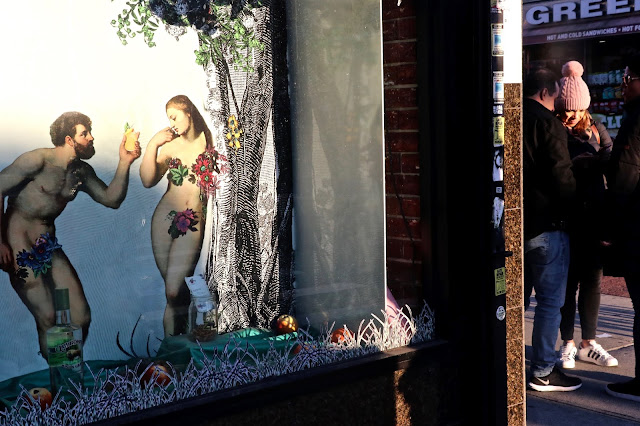 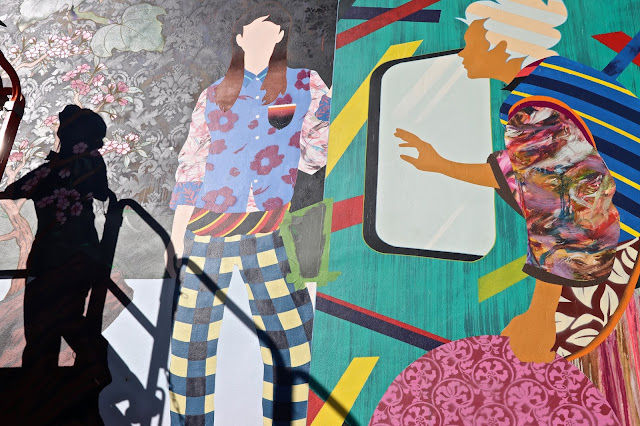 Staging the set for a mural on Houston Street. 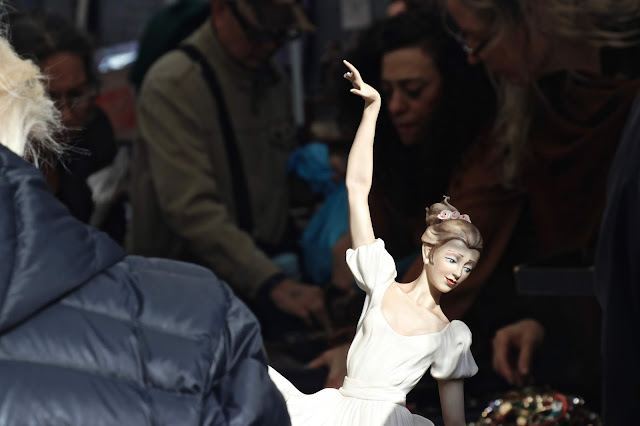 A dancer in the scrum at the 25th Street Flea Market 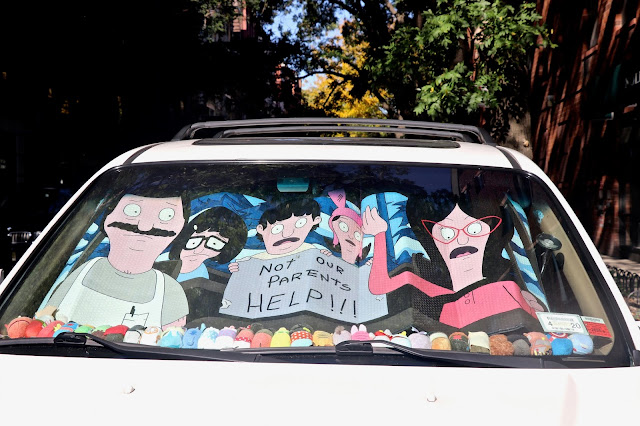 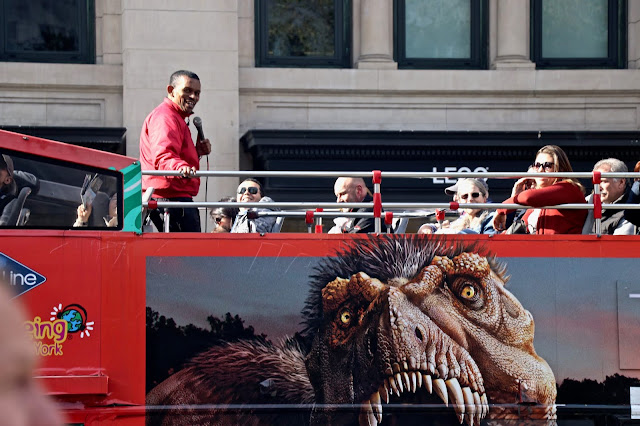 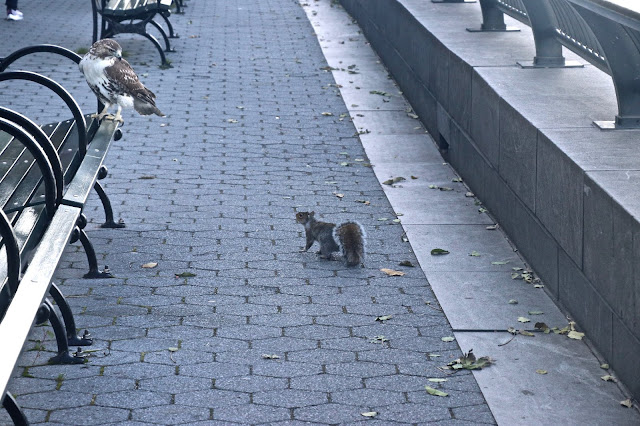 On a recent walk along the Hudson River Park downtown, I came across a vignette out of Animal Planet, with a stare down between a Red Tailed Hawk and a squirrel.  Some feathers were ruffled, but the squirrel managed to dive under the bench in time.