Last week we had a chance for a week long trip to Berlin, a city that has been a source of curiosity and interest for a long time. 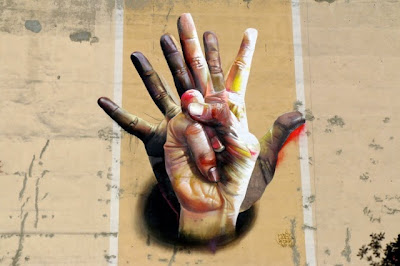 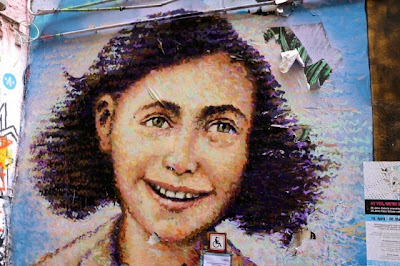 Anne Frank amongst the many outsize murals and graffiti that
are a large presence in all of Berlin. 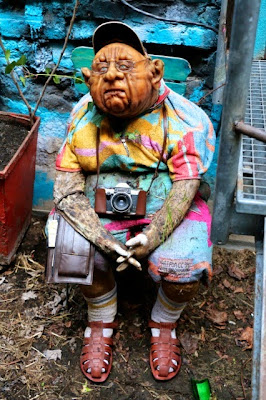 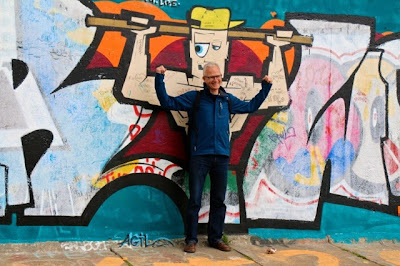 A portrait opportunity at the East Side Gallery, a long stretch
of the former Berlin Wall. 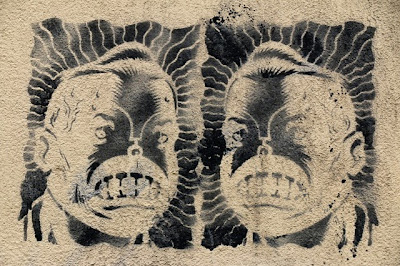 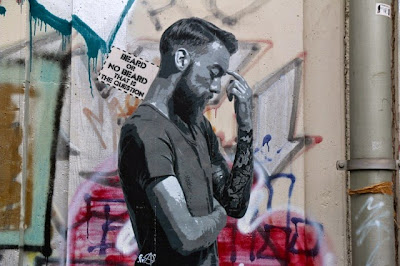 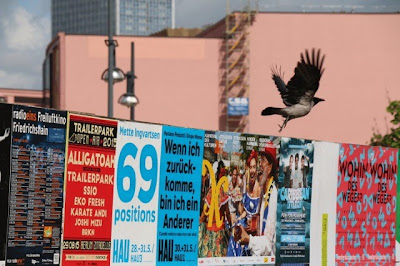 a hooded crow takes off from a fence loaded with posters
advertising a very active club scene... 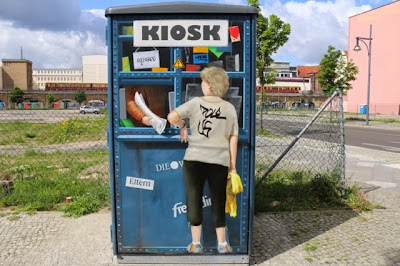 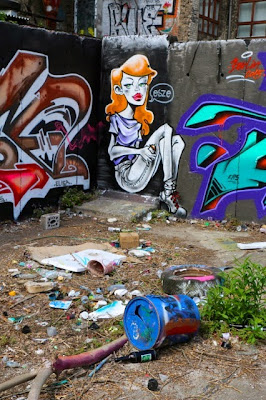 a back lot in one of the many squat buildings that are
scattered about several neighborhoods in central Berlin... 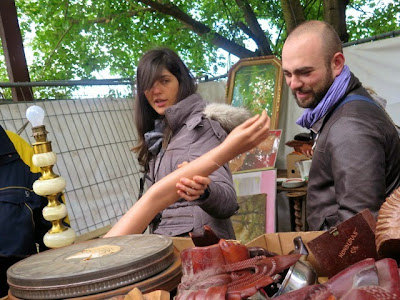 Need a back scratcher? A side trip to Berlin's really huge
Sunday flea market... 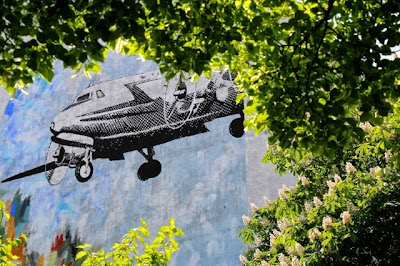 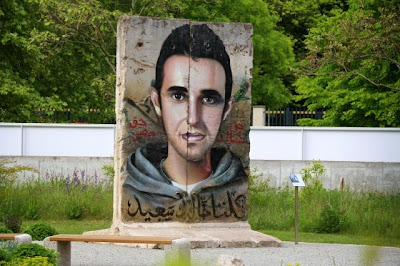 This portrait of Khaled Mohamed Said, painted on panels from
the former Berlin Wall, celebrates the young Egyptian activist
whose death in police custody was an important inspiration
during the Arab Spring movement.

"We are all Khaled Said"

Here's a small handful of the 8 million plus fellow citizens who call this quaint burg  home. 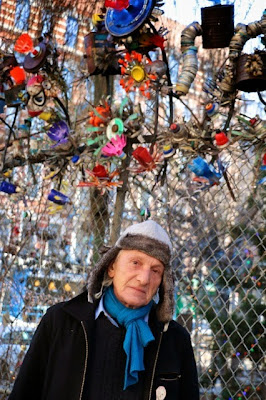 Rolando Politi is the creator and curator of the recycled sculptures
that adorn the fence surrounding a corner park on E. 9th Street in
the East Village. 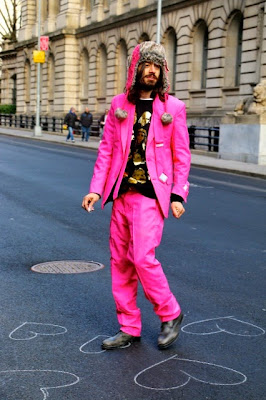 "Heartman" was caught mid stride covering a swath of
downtown street with hearts. 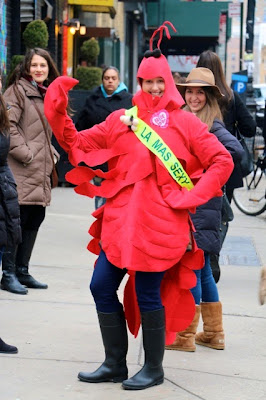 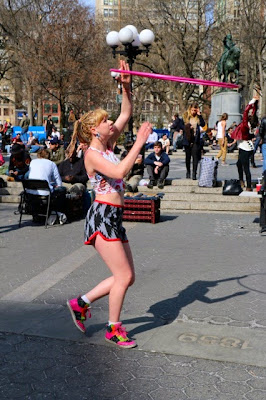 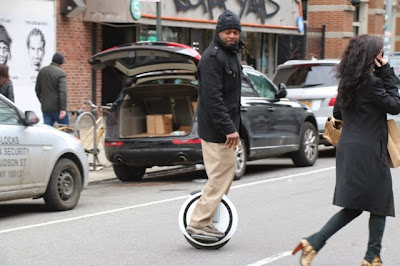 I thought I had seen every kind of urban conveyance until Patrick Dube
sailed by in a battery powered self balancing single wheel vehicle. 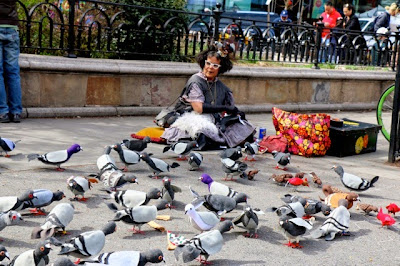 Tina Trachtenburg has handcrafted several flocks of pigeons along with
pieces of pizza and the occasional cardinal.
She sets up in Union Square and several other parks around town and t's
wonderful to witness the public interaction with a large number of
uncharacteristically quiet birds. 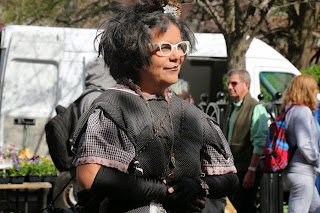