I've been documenting NYC and its street art and culture for over 25 years.  As the files grow and new categories have emerged with their respective titles, there is still one file called "other".
Here's to "otherness" ... 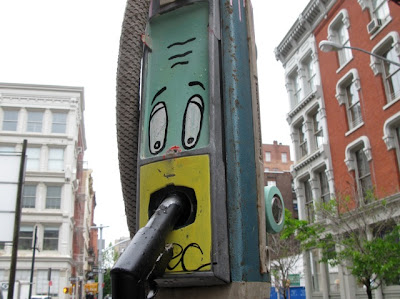 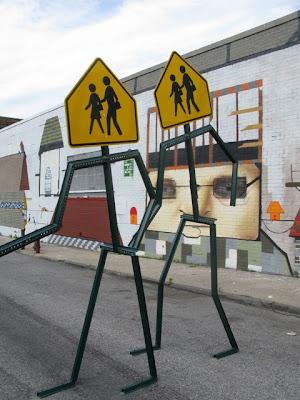 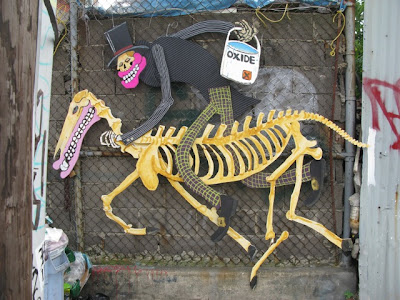 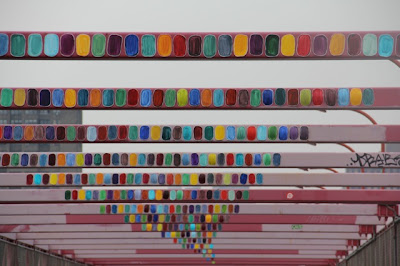 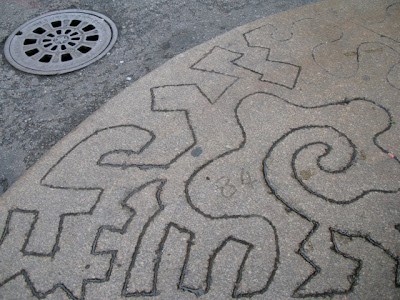 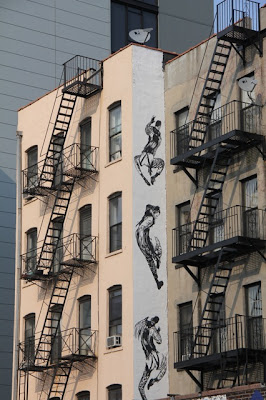 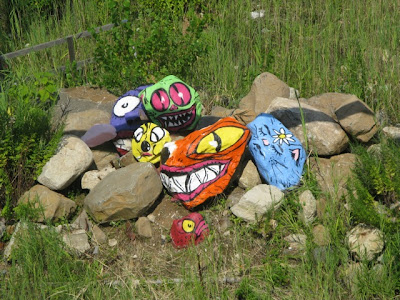 WILLIAMSBURG (FROM THE BRIDGE) 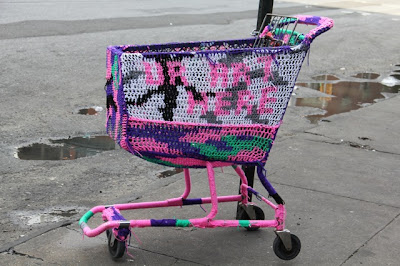 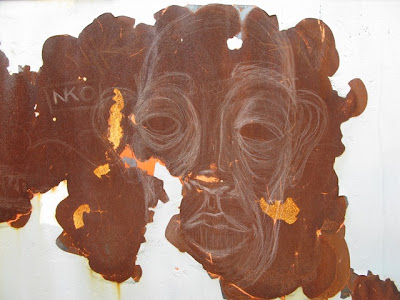 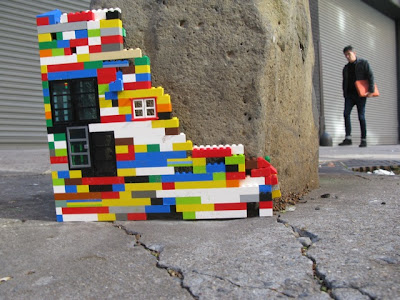 CHELSEA
all photos ©Ken Brown
Posted by ken at 4:19 PM No comments:

There is a yard on the corner of Bedford and 1st in Williamsburg Brooklyn that has amused me, and I'm sure many others, for years.
The lot is fenced off, and at first viewing, it appears to be the remnants of a particularly boisterous yard sale. On subsequent visits, I noticed that the cast of characters was changing and new figures were being added. Also, I noticed that they would often be relocated and costume changes were not infrequent.  This modest corner lot had become an ongoing installation space created largely from cast off items and curated with artful theatricality by an elderly local woman named Carmen.
Thank you, Carmen. 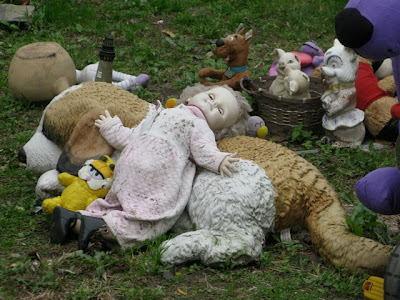 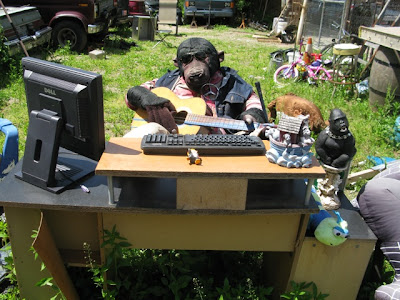 MAY 2010 Coco the gorilla is introduced 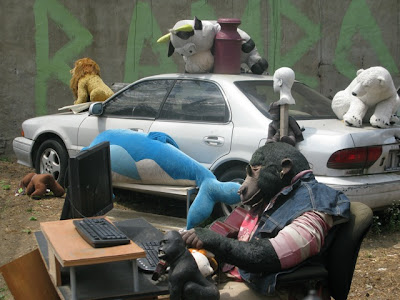 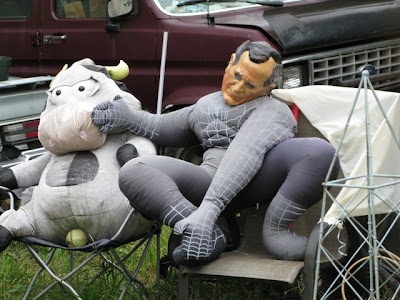 OCTOBER 2010 a tender moment as George/Spiderman comforts a cow 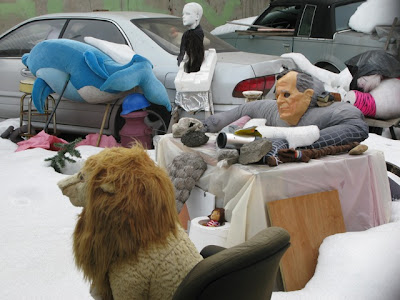 FEBRUARY 2011 waiting out the Winter 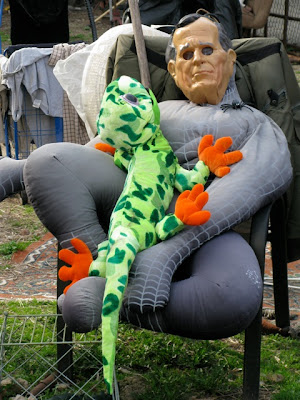 APRIL 2011 George and his lizard buddy 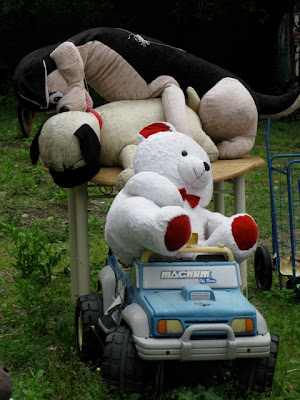 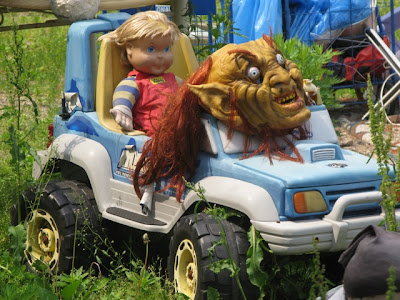 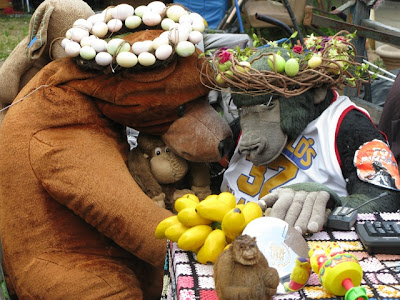 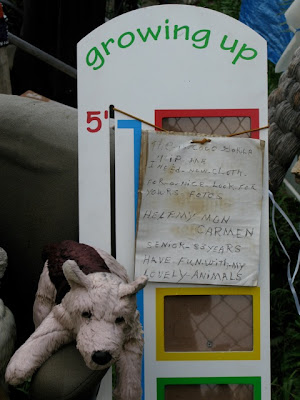 JULY 29th 2011  a note from Carmen to friends and photographers
all photos ©Ken Brown
Posted by ken at 9:03 AM No comments:

Flag City is a short documentary on the phenomenal outpouring of flag-abilia that seemed to crop up almost overnight in New York City in the weeks following 9/11.

Special thanks to Brian Dewan for his amazing soundtrack.

Flag City from Ken Brown on Vimeo.
Posted by ken at 9:04 PM No comments:

On 9/11 we were home a handful of blocks north of the World Trade Towers when we heard the dull thud of something that might have been a loud truck accident.  Of course that was not the case and moments later we were on Greenwich Street looking at the North tower with a smoking hole that resembled a bad cartoon version of Daffy Duck exiting through a wall. First thoughts: some air traffic controller is going to lose their job. Fifteen minutes later on that pristine September morning, we stood, completely stunned as a second explosion tore trough the 2nd tower.

The World Trade Center was a huge presence in our neighborhood and in our lives. When they went down there was of course, a huge vacuum and what struck me most in the moments following that insanely destructive act, was the incredible coalescing of the local community and the outpouring of compassion from the national and international community. Much of this got confused during the ensuing political response.

It has been a long decade of recovery and rebuilding and considering the state of downtown NYC at that time, it is truly remarkable that we have come as far as we have.

Here is a small sampling of the many Twin Tower memorial walls that sprang up in the five boroughs after 9/11 ... 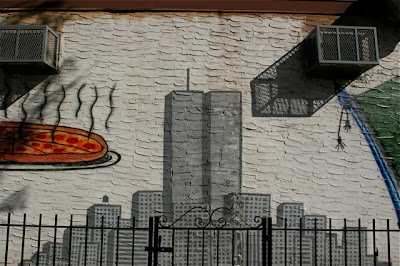 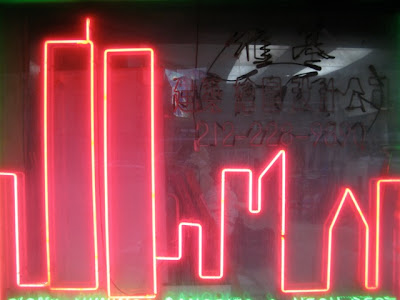 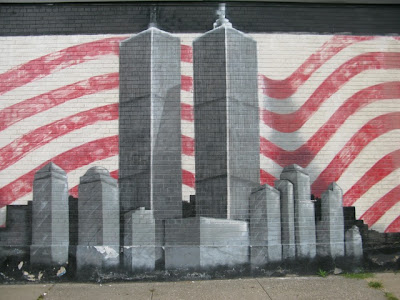 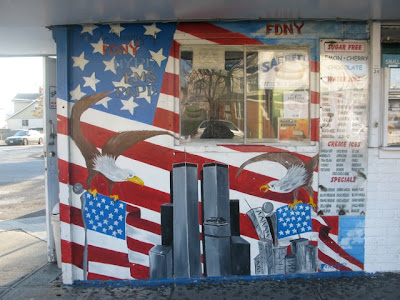 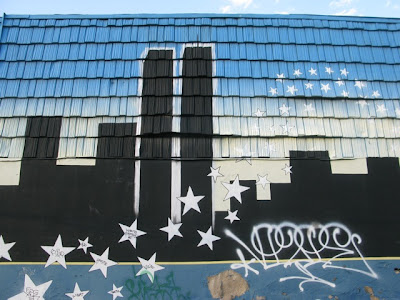 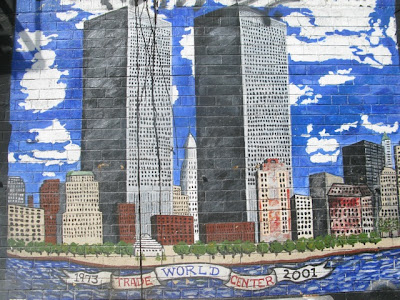 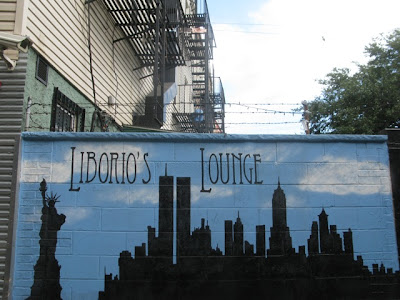